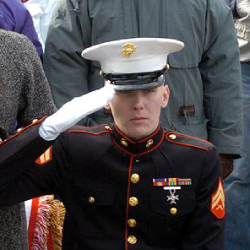 Casey OwensFounder, USMC
Founder, USMC, as seen here as special invited guest at President George W. Bush’s second inauguration, is a Retired Marine Corporal, Purple Heart Recipient, Iraq War veteran, and Paralympic skier. While on a rescue mission to find a comrade, Casey was severely injured and as a result required a double amputation of his legs.
He was awarded nine medals for his bravery. Since retiring from military service, Casey has become a veteran’s advocate and has testified before the United States Congress. He has established working relationships with organizations such as the Semper Fi Fund, Marine for Life, Impact a Hero and Impact Player Partners 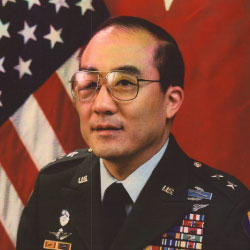 James H. MukoyamaMajor General US Army | Retired
Partner and Director. General James Mukoyama will use his vast leadership experience to help guide the growth of the company. General Mukoyama is working with EE in its missions to bring jobs, business opportunities and emotional support to our veterans.
General Mukoyama will participate in EE’s goal of bringing awareness to the many issues facing veterans of all eras. General Mukoyama served as a platoon leader in Korea and an infantry commander in the 9th division Vietnam. He was the youngest General Officer in the U.S. Army and subsequently the youngest Army Major General. He became the first Asian-American in the history of the U.S. to command a division. Among the General’s decorations and badges include The Distinguished Service Medal, Silver Star, Legion of Merit, 3 Bronze Stars, Purple Heart, Parachute Badge, Expert Infantry’s Badge and Combat Infantryman’s Badge. 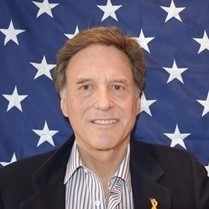 Larry SpatzFounder
Founder, is an entrepreneur and philanthropist. He is the founder and director of The Children of Heroes Foundation, www.childrenofheroes.org. The Foundation supports families who have lost members in the military and funds technology and research to benefit veterans with PTSD and mTBI.
He founded and funded Sun Health Technologies, LLC and MediSun Engineering, LLC, which has developed breakthrough medical technology to treat PTSD, Concussion and TBI. He will be providing leadership to the partnership based on his long history of developing successful start-up businesses. 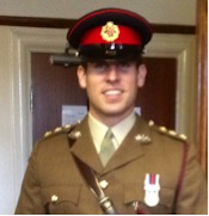 David MillsCaptain, British Army
EE independent distributor. David is a retired Captain in the Duke of Lancaster’s Regiment. He served in…
He served in Helmand Provence, Afghanistan as a Platoon Commander. Providing security assistance to the Afghan National Security Forces.

After leaving the Army, David re-trained as a personal trainer leveraging the knowledge he gained from his Sport and Exercise Science Degree. He now works privately with clients in Aspen, CO. David began his career in the Liverpool University ROTC in 2007. He graduated from Sandhurst in 2011, and was selected to represent the British Army in the annual Sandhurst Cup Competition at WestPoint. During his career he commanded platoons in Canada, Belize, Brunei and Germany, and was selected to train new recruits at the British Army’s Infantry Training Center. 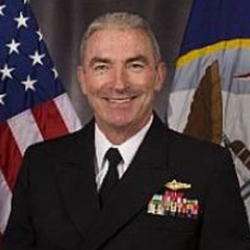 Gordon RussellRear Admiral US Navy | Retired
Admiral Russell brings his years of military service and experience to Enabled Enterprises as a consultant and advisor. He is a graduate of the University of Colorado, and received his commission…
…in May 1981, through the Aviation Officer Candidate School. Operational tours include two-months as the assistant intelligence officer aboard USS Carl. He is currently an engineer working in the aerospace industry in Huntsville. He previously worked for Northrop Grumman and is now Lead Manufacturing Engineer for Griffon Aerospace. 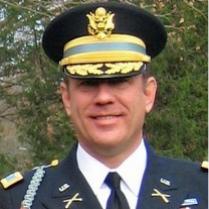 Jayson SawyerColonel US Army | Retired
Jayson will use his organizational, marketing and promotion skills to enhance Enabled Enterprises’ mission…
to provide awareness of veterans’ issues and specifically provide jobs, sales and business opportunities that fit the needs of our veterans.

Jayson graduated from West Point on the Commandant’s List in 1982, 83rd in his class of 863, earning a Bachelor of Science degree in Math/Science/Engineering with a concentration in behavioral science and leadership. He was selected for the Army’s Senior Staff College and ultimately earned a Master of Strategic Studies from the resident Army War College at Carlisle Barracks, Pennsylvania in June of 2005, with specific scholastic emphasis on the military and the media, information operations, organizational development, public speaking, and the Asia and Pacific strategic area of geographic interest.

He is a veteran of four command tours, three at the field grade officer level, to include battalion command, three company commands, as well as tenure as the Chief of the United States Army Armor Center’s Combat Indoctrination Committee at Fort Knox and the leader of both a Rifle and a Weapons platoon in the 25th Infantry Division at Schofield Barracks, Hawaii. He has served in uniform on military staffs at the Company, Battalion, Division, and Army Headquarters levels, culminating at the E-Ring of the Pentagon in Washington, D.C. 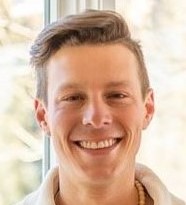 Skippy Upton MesirowCo Founder
Skippy was instrumental in bring the Enabled Enterprises Team together.
Skippy’s relationship with Iraqi combat veterans, Casey Owens and Adam McCabe lead to the Founding and growth of Enabled Enterprises. He has helped develop the mission and has been an advisor to the organization since its founding. 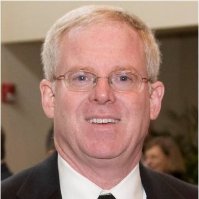 Fred BrunkLieutenant US Navy | Retired
EE Marketing and Government Sales. Fred attended Cornell University on an NROTC Scholarship. After graduation…
…he deployed twice as Main Propulsion Assistant on the USS Cook.(FF1083) 1973-1975. Operations included Tonkin Gulf plane guard/ radar picket duty with CTF77 and later the evacuation of Phnom Penh and Saigon After attending the Navy Diving and Salvage school, LT Brunk deployed as XO on USS Cocopa (ATF 101) 1976-1977. Fred then served with OPTEVFORPAC as an Operational Test Director for ship Systems (1978-1979). His sea duty included operations in the waters in every part of the world. He received the Navy Achievement Medal, National Defense Service Medal, Armed Forces Expeditionary Medal, Humanitarian Service Medal and the Vietnam Service Medal as well as unit wards including the Meritorious Unit Commendation, Sea Service Deployment and the Navy E. Since leaving the Navy, Fred has a long, distinguished and successful career in sales and marketing, this in addition to government procurement. He will use these skills to provide knowledge and market support to enhance the success of our veteran entrepreneurs .He will help guide the company’s marketing and government sales efforts. 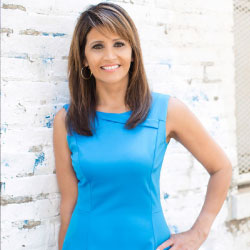 Sylvia PerezBroadcast Journalist | Enabled Productions
Sylvia is powerful veteran advocate having been brought up on military bases and married a serviceman. Sylvia is an…
…Emmy Award winning broadcast journalist, news and health reporter, and was a major market television anchor.

Her expertise is revealing the personal side of stories and converting their impact into a sizeable and faithful viewership. Perez is one of the most recognized talents in the Chicago broadcast community, the third largest US television market. She is well known for her expertise and interest in topics involving veterans, including multiple features on their journeys once they return from service and acclimate back into civilian life. Sylvia has a unique and heartfelt perspective on veterans’ issues and has a passion for investigative storytelling. 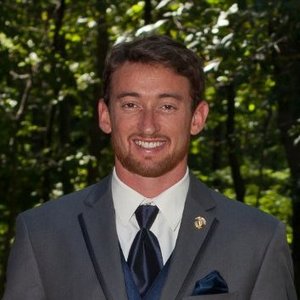 Matt BlauCorporal, USMC
Matt was a Corporal and Squad Leader in Operation Iraqi Freedom phases one and two. Received the Good Conduct Medal, and…
…Combat Action Ribbon. He is currently an engineer working in the aerospace industry in Huntsville. He previously worked for Northrop Grumman and is now Lead Manufacturing Engineer for Griffon Aerospace. 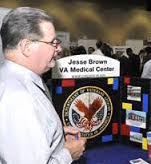 Joe BazilAssistant Chief of EMS | Jess Brown VA Medical Center
Joe began his VA career just three weeks after Honorably separating from the Army and has been a true….
veterans’ advocate ever since. He received the Health Care Award from the National Women Veterans United, for his many contributions and selfless dedication to serving his fellow veterans. Joe will work with Enabled Enterprises using his knowledge and resources to serve and support veterans and their families. 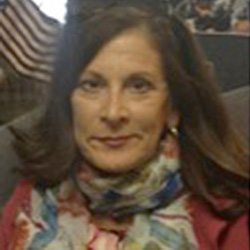 Victoria BrunerLCSW
Victoria was a clinical director at Walter Reed National Military Medical Center, specializing in war zone related…
She was a first responder at the Pentagon on 9/11/2001 and then joined Operation Solace to treat military and civilians in the Washington DC Region. Later, she coordinated a study “Cognitive Behavioral Intervention for Victims of Mass Violence” and was a study therapist in the DoD/VA major research study “Women in the Military with PTSD.” 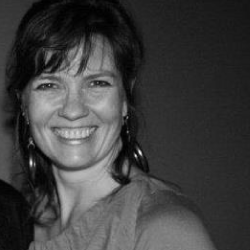 Donna SebokFounder of Allen Force
Allen Force, a not-for-profit organization that serves all veterans from all eras. They bring together veterans, families and…
communities in an effort to bridge military and civilian life. Allen Force was named in honor of Donna’s father Cpl. Donald P. Allen, US Army, 1952-54. 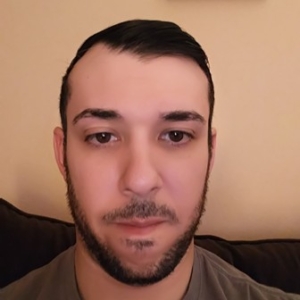 Nicholas DeLaurentisCorporal, USMC
Nick was a Corporal, Staff Sergeant. He was awarded two Navy and Marine Corps Achievement Medals and three…
…Certificates of Commendation. He is currently working in the security field. 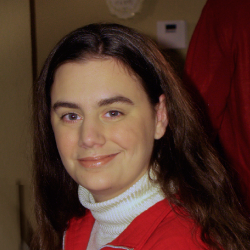 Aubrey YoungsOperations Officer, National Guard
Aubrey is the Chief Operations Officer of Allen Force. Aubrey served in the Army National Guard from 2002-2005…
as a motor transport operator. In 2004 while deployed in Afghanistan, Aubrey was injured, causing the loss of use of her legs. In addition to her work with Allen Force Aubrey has a BS in Game and Simulation Programming from DeVry University. 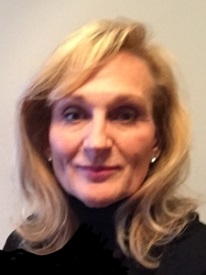 Sonya StayAccounting | Administration
Sonya has been with Larry Spatz, Spatz Holdings and Children of Heroes as head of administration, accounting and management supervision for over 32 years. 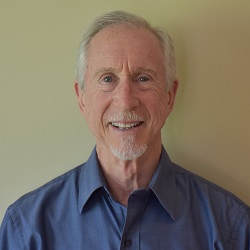 William EichengreenAdministration/Sales | Army Reserves
After graduating from the University of Denver College of Business Administration, Bill began…
his business career as co-founder of Citizens for a Better Environment. CBE was a not for profit organization that set up Chicago’s first recycling centers and legally challenged corporate air and water polluters.

He was a licensed Commodities Broker and licensed Securities Trader. He became manager, responsible for the administration of Rosenthal and Company, Chicago Board of Trade office. He was co-founder and president of Mercantile Trading Company, a licensed futures trading firm. Bill has extensive experience in sales, sales management and administration and has been a consultant to many firms over the years. Bill serves on the Advisory Board of The Children of Heroes Foundation.